As the Landscape Architect for NW Harris County MUD 5, Clark Condon has been working on developing an extensive trails system throughout the District.  In April of this year, the District held the grand opening for over 5 miles of the first phase of trails that connect several neighborhoods within the District.  The trail system includes pedestrian bridges, trail nodes and wayfinding signage.  Trails utilize existing corridors including street rights-of-ways, utility easements and drainage-ways.  A critical component of the trail system was the design of an undercrossing at Spring Cypress and Faulkey Gully to facilitate safe travel under the major thoroughfare.  This feature provides for future trail connections by other partners to which could connect to existing trail systems further south.

Planning has begun to develop additional trail connections. The District is exploring potential sites for the development of new park spaces, including dog parks! 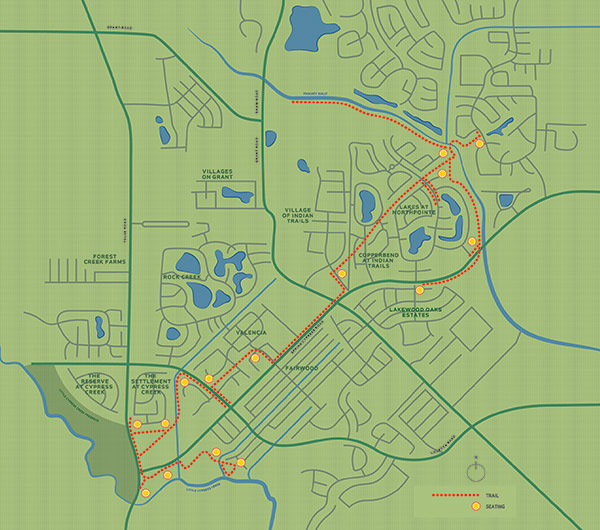 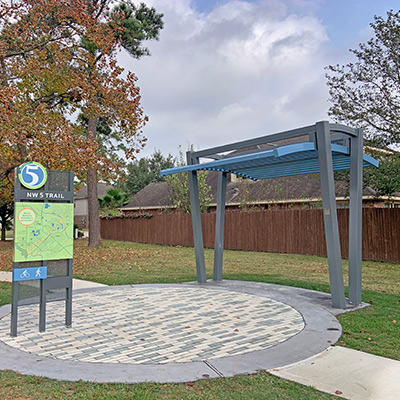 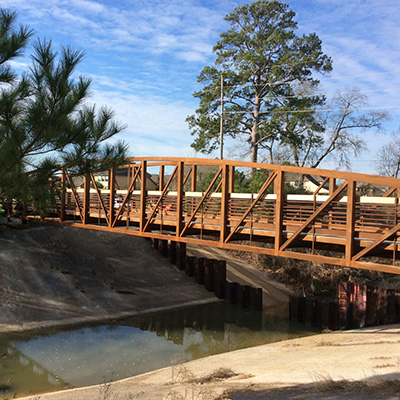